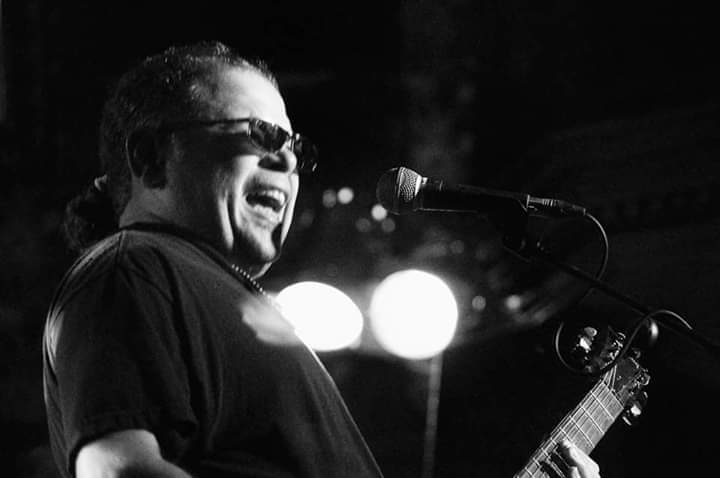 Stay up to date with my latest content.
https://www.youtube.com/channel/UCTn1BR3tPfbALYPjTKs33CA?view_as=subscriber
https://twitter.com/BrianCBand
Your Over the course of more than three decades, three world tours as lead guitarist and
collaborating on thirty-three studio albums, Born in Brooklyn the guitarist/songwriter
Brian Carmona has continued to evolve, develop, and deliver his own brand of blues rock
with Latin, R&B and Funk influences on this all-original, self-produced debut album
“THIS IS ME”.
A first-generation American whose mother hails from Colombia and the product of a
musical family, Carmona’s a soulful vocalist who picked up the six-string at age 11 and
developed his own distinctive style, influenced most by the three Kings — B.B., Freddie
and Albert, as well as, Carlos Santana, Albert Collins and Jimi Hendrix. .His musical
career has enabled him to play from coast-to-coast. Inducted into the Blues Hall of
Fame in 2012 and after being based in the Hampton Roads area of Virginia for 12 years
Brian is now living in Chicago, Illinois - one of the world’s blues capitals.
Like many self made musicians Brian Carmona has covered many roles while pursuing
a career as a musician. From serving our country in the US Army to obtaining the
certification as a 5-Star Chef. HIs debut CD is a 5-Star musical cuisine of Blues- Rock
spiced with Afro-Cuban rhythms and Latin flavors.
"I've always loved such a wide range of music."
For Brian Carmona, “THIS IS ME” is the fulfillment of dreams and aspirations—musical,
personal, and professional—that he’s had for a long time. “All you can ask for as an
artist is the chance to create what you hear and feel inside of yourself,” he says. “For
my first time producing, I could not have been luckier—I was able to get into the heart of
every single moment of this record...